Federal Regulatory Stupidity, Bullying or Both?

ard to tell. Likely both. What am I referring to? Credit Unions will soon be unable to use the terms “bank”, “banker” or “banking” based on a ruling by OSFI (the federal Office of the Superintendent of Financial Institutions). You may wish to read the document that describes the Canadian Credit Union Association’s response.

Credit unions, which have been operating in Canada for over 100 years, serving the needs of individuals that banks would not or could not serve, providing many of the same services offered by banks (but without the pressure to meet the demands of shareholders), are now being told they will potentially be subject to criminal charges if they use the above-mentioned terms.

Why? I can’t imagine it’s because Justin Trudeau woke up in the middle of the night thinking “How can I mess up as many everyday Canadians as possible? I know . . . I’ll get OSFI to enforce a long unenforced piece of legislation that will throw confusion into the financial marketplace (since new words will be need to be invented to describe longstanding and well understood practices), create financial hardship for credit unions who exist to serve their MEMBERS and reduce competition for our “official” banks. Yes, that’s what I’ll do”.

Nope–can’t imagine that at all.

So the same question again . . . why? I am hard-pressed to understand the motivation behind this change or determine who is nudging OSFI to take this stand. Is it to protect Canadians from Credit Unions who are pretending to be banks (which they don’t do, by the way)?

You may remember the financial crisis in our not-too-distant past. As it turns out, Credit Unions and their members were very well protected and served in those financially challenging times.

Are the banks getting nervous about competition from the credit unions and lobbying hard for these changes? Or is there something even more bizarre and incomprehensible behind it? Nope–not suggesting a conspiracy theory–yet!

All I know is that as a very satisfied member of two credit unions, I am angered, disappointed and thoroughly confused by this ham-fisted approach by OSFI.

Please don’t misunderstand–I am not against banks in general (in fact, I had a couple of them as good clients in the past)–unless it turns out they have been lobbying for OSFI’s change of mind. NOTE: I would have used the phrase “change of heart”, but realize I would have lost all credibility by assuming they were capable of operating on that basis (my apologies for allowing a wee bit of sarcasm to ooze into my comments). 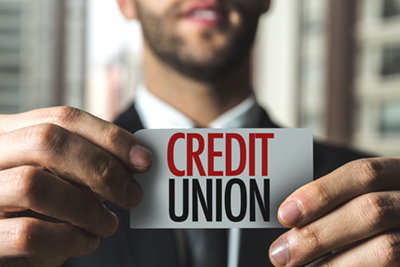 I love the credit union focus on serving members and having the freedom to make good decisions for their members and the communities in which they operate, guided by sound financial practices and co-operative values–without the pressure of major shareholders breathing down their backs to increase profits.

So . . . federal regulatory stupidity, bullying or both? Love to hear your thoughts . . . and hope you will share this post widely.

The value of an idea lies in the using of it. ~ Thomas Edison