What Do OSFI and Donald Trump Have in Common?

No, this is not a riddle. Nor is it a joke. Nor is it simply a way to get your attention so you’ll read this article.

My observation (albeit from a distance) is that both seem to have unbridled power and the ability to make broad sweeping proclamations without any particularly acceptable rationale other than (possibly) a belief they are doing the right thing. For whom (if someone other than themselves), I am not certain. In this age of increased focus on transparency and accountability, their behaviour shocks and disappoints me.  [Doesn’t particularly surprise me, though.]

There have been many articles written in the last few days about OSFI’s ruling that as of June 30, 2019 credit unions can no longer use the words bank, banking or banker because their use may create confusion, causing people to think credit unions are federally regulated and protected institutions. Hogwash . . . or some stronger dismissive term you may prefer to use. I don’t know of any credit union that wants to call itself a bank, have bank in its title or hope to be perceived as one. Credit unions are not concerned because they can’t call themselves a bank—that’s the last thing they want. In fact, for credit unions, the greatest insult you can hurl their way is to accuse them of being a “Baby Bank”.

Their problem is being restricted from using language that’s been in the common financial vernacular for decades, describing the services they’ve been competently providing since 1908. Is OSFI under the impression that we have miraculously entered an age where one-size-fits-all? I understand that if unregulated, primarily profit-driven FinTechs hold themselves out as banks, that can be a problem that requires protective regulation for consumers. The reality is that credit unions do not call themselves banks and consumers (in my opinion) do not need to be kept safe from these financial institutions that were brought into existence to serve needs that the banks could not or would not. 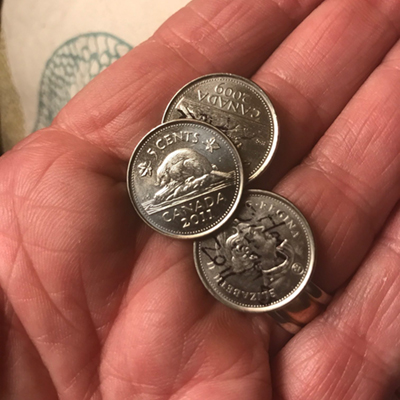 I have friends, clients and colleagues comment on how this might be a great opportunity for credit unions to create a clear differentiation that puts more distance between them and the major Canadian banks in terms of the quality of caring, service and values that drive them. Unfortunately with tight margins, the current regulatory burden and restrictions regarding how they can raise capital, credit unions are already searching (metaphorically) for nickels under sofa cushions to invest in (a) technological innovation and (b) continuous improvement in providing great products and services for their members.

Since things continue to seem irrational to me, I once again find myself trying to make sense of OSFIs bizarre ruling, and particularly why it is happening now.  I can’t imagine the banks are actively and visibly lobbying for it.  Given the scrutiny they’re currently under, I’d be hard pressed to imagine worse timing to encourage OSFI to mount a regulatory attack on credit unions. And if the language really is a major and immediate concern for OSFI, why give two years to implement their ruling?  Nope, doesn’t make sense.  Maybe there are folks in OSFI who have a grudge against credit unions—perhaps they were refused a loan in the distant past.  Perhaps THEY were confused and thought the credit union they had an account with was a bank. They woke up one day, felt stupid and decided to get even with the system that must have intentionally made them feel stupid. That would be just a wee bit too ironic for even ME to imagine!

Back to the OSFI/Trump comparison.  In both cases, there does not seem to be a desire to be accountable to anyone other than themselves—Trump certainly doesn’t justify his actions and I haven’t seen OSFI commenting on the many articles about the “bank” language issue—guess that might be because they don’t have to. My hope is that here in Canada, individual voices can be still be heard and actually influence decisions of the all powerful—and that reason and common sense will prevail.

However, that means we as individuals need to speak up to have our voices heard.  The credit unions are trying their best, however pushing too hard may be at their peril when they are messing with the organization that can put a chokehold on them.  But as members of credit unions and non-members who loathe overregulation (oh yes, and as voting citizens) if you care enough and if this matters to you, let your elected officials hear your views today . . . please! https://www.ourcommons.ca/Parliamentarians/en/members

The past is a foreign country; they do things differently there. ~ Leslie Poles Hartley